How Does Sound Therapy Enhance the Psychedelic Experience?

Tools for psychedelic sound therapy are becoming more popular. Here’s how you can use sound to enhance your psychedelic experience.

When it comes to psychedelic journeys, the environment can truly make all the difference. The importance of set and setting has been touted by psychedelic scholars, experts, and enthusiasts throughout history. This is especially true of what people hear during their trips.

Early studies on entheogens and their potential benefits kept participants in extremely sterile lab conditions, considered by many to be the scientists’ and volunteers’ determinants. By 1959, researchers in Saskatchewan looking into LSD as a treatment for alcoholism realized subjects were profoundly impacted by their surroundings, opting to add relaxing music (typically classical) to the dosing experience.

Famed psychedelic researcher Dr. Timothy Leary introduced the concept of set and setting to a wider audience in his 1964 book The Psychedelic Experience: A Manual Based on the Tibetan Book of the Dead. Popular music was heavily influenced by the psychedelic counterculture, with Pink Floyd, the Doors, and even the Beatles offering up LSD-inspired tunes to the masses.

What does modern science say about sound and psychedelics?

Fast-forward to the 21st century. A new psychedelic renaissance inspired more in-depth research on set and setting than ever before, with particular interest paid to auditory stimuli.

A 2018 study conducted at Imperial College in London examined the role of music in psychedelic therapy. Researchers found participants had a more emotional response to the playlists presented and credited them with offering a more profound trip. But does the type of music being played make a difference?

This concept was tested in 2020 when scientists at Johns Hopkins explored combining psychedelic therapy with both classical (the old favorite for journeys) and recordings with overtone signatures, which feature droning sounds made by instruments such as Tibetan singing bowls, chimes, or didgeridoos. The study revealed that overtone tracks offered a more mystical experience in addition to helping the therapy itself have a more long-term impact (participants were enrolled in the study to help quit smoking).

As interest in psychedelics continues to grow, so too does the number of auditory aides meant to complement and enhance a person’s trip. Sound baths have become increasingly commonplace, oftentimes able to alter one’s perception without the need for entheogens at all. Numiunus Wellness recently launched their Music as Medicine event series, featuring entrancing meditative music alongside stunning visuals.

Several psychedelic-centric apps have hit the scene, providing the perfect soundscapes and guided meditations to transcend time and space, particularly during therapeutic sessions. Some of the most popular include Wavepaths, Trip, and Polyfauna.

A wide array of products are also available to help people augment their psychedelic journeys. The Kasina DeepVision bundle allows users to tap into both sounds and visuals, allowing for focus, relaxation, and deep introspection. The NeoRhythm headband utilizes pulsed electromagnetic field therapy to stimulate and sync the brain to create the perfect state of mind for meditation and psychedelic journeys. 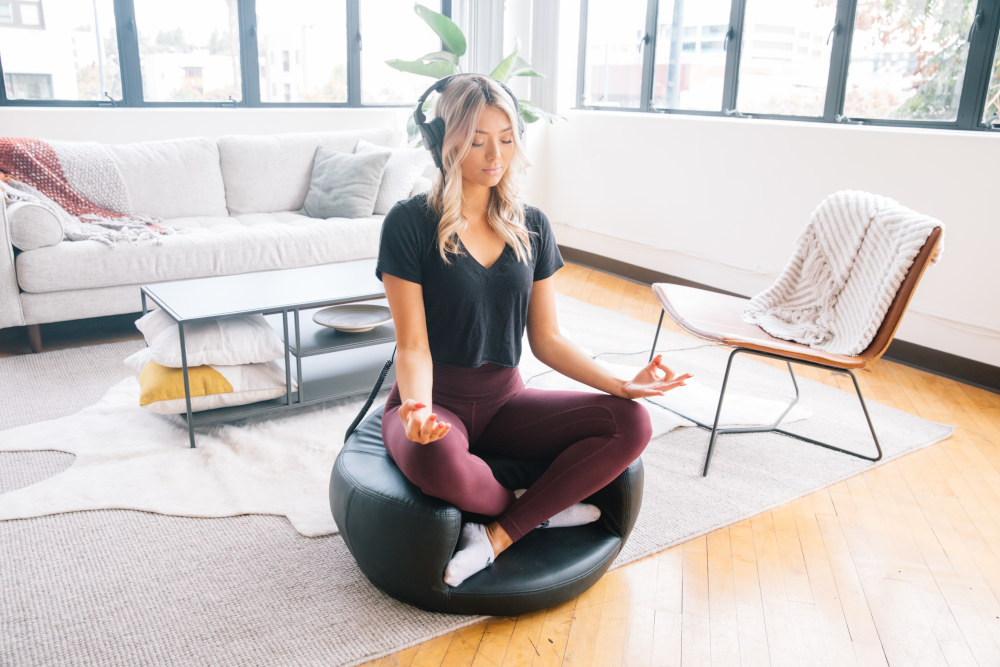 The inHarmony meditation cushion provides an immersive 360-degree listening experience that can aid in the meditative process by quieting the outside world, letting people truly escape and make the most of their sound therapy session. Their corresponding app has over 100 music meditations, perfect for any type of trip. The company harnesses the incredible powers of vibroacoustic therapy, which uses low wave sound vibrations to promote healing. They have amassed a wide array of promising research, partnering with several leading authorities in the space, and are currently conducting their own studies with results coming soon.

The right set and setting are crucial in the psychedelic experience, drastically impacting the trajectory of an individual trip. This is especially true of what a person hears during their journey, as the right frequencies could determine both the vibe and long-term outcome of the therapeutic session.

Psychedelic Spotlight wants to help you enhance your future psychedelic journeys. We’re giving away one of inHarmony’s awesome meditation cushions, a $699 value! Sign up here for a chance to win!