How it all began

Psytrance is a form of electronic music characterized by hypnotic arrangements of synthetic rhythms and complex layered melodies created by high-tempo riffs. It first broke out into the mainstream in 1995 as the UK music press began to report on the trend of Goa trance. 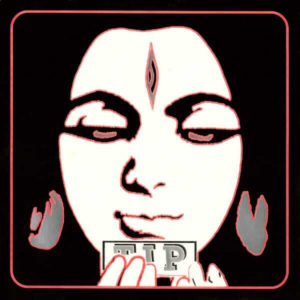 Since then the genre has grown immensely and now offers much variety in terms of mood, tempo, and style. Some examples include full-on, dark, progressive, Suomi, Psy breaks, and Psybient.

The first hippies that arrived in Goa, India in the mid-’60s were drawn there for many reasons, including the beautiful beaches, the low cost of living, the friendly locals, the Indian religious and spiritual practices, and the readily available Indian hashish, which until the mid-’70s was legal.

During the 70’s the first Goa DJs were generally playing psychedelic rock bands such the  Grateful Dead,  the  Pink Floyd  and The Doors.

In  ‘79 the beginnings of electro music could occasionally be heard in Goa in the form of tracks by Kraftwerk but it wasn’t until ’83 that DJs Laurent and Fred Disko, closely followed by  Goa Gil,  began switching the Goa style over to electro-industrial/EBM which was now flooding out of Europe in the shape of Frontline Assembly, Front 242, and various other bands.

The tracks were remixed, removing the lyrics, looping the melodies and beats, and generally manipulating the sounds in all manner of ways before the tracks were finally presented to the dancers as 100% Goa-style mixes.

By ’85 all Goa music was electronic and people were constantly searching for new music to remix into the new Goa-style. It was impossible to buy this type of music in stores; even today most psytrance sales take place over the net rather than in physical shops. 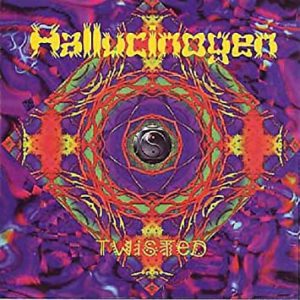 Arguably the first commercially released trance tune came in ’88 and is accredited to UK acid house outfit the KLF with What Time Is Love. However, at the same time Goa music was being created by pioneers like The Orb,  Juno Reactor,  Eat Static and also by The Infinity Project.

By ’92 the Goa trance scene had a pulse of its own, though the term ‘Goa trance’ didn’t actually become the name tag of the genre until around ’94.

New artists were springing up from all over the world and it was in this year that the first Goa Trance festivals began, including the Gaia Festival in France and the now world-famous and still running VuuV festival in Germany.

In ’93 the first 100% Goa trance album was released, Project 2 Trance, featuring tracks by Man With No Name and Hallucinogen to name just two. Goa trance enjoyed its commercial peak between ’96 and ’97 with a fair bit of media attention and some huge names in the DJ scene joining the movement.

This hype did not last long and once the attention had died down so did the music sales, resulting in the downfall of record labels, promotion networks and also some artists. This ‘commercial death of Goa trance’ was marked musically by Matsuri Productions in ’97 with the release of the compilation Let it RIP. 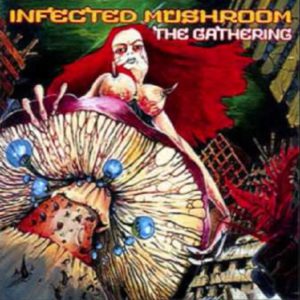 Israel also played a part in this development. Until ’88 India’s borders were closed to Israelis. When they were eventually opened many Israelis travelled to India after completion of their mandatory military service looking for a cheap, fun place to unwind.

When they returned to Israel they took music and drugs back with them and in ’90 the first psychedelic ‘full moon gatherings’ on Nitzanim’s beaches began. The music was not as dark as modern Dark psytrance but different from what was already available.

The quantity of Goa music coming into Israel and being played in the clubs provided a lot of inspiration to the younger generations of Israelis and soon new top-quality producers were popping up on the scene, the most famous of which is Astral Projection. Other well-known artists include Intense Sanity, Infected Mushroom, IMIX, Elec3 and Alchemix.

In 02 however, melodies became popular again, heralding the beginning of full-on psytrance.

Currently, there are many sub-genres within the psytrance scene, including minimal/progressive Psy, morning Psy, full-on Psy, and dark Psy. There has also recently been a movement attempting to ‘return to the source’ and bring back the original Goa trance sound, such as Metapsychic Records and Suntrip Records, which are dedicated to reviving the roots of the scene and promoting artists trying to recapture the original feeling of the music.

Psychedelic trance has a distinctive, speedy sound (generally between 140 and 150 BPM) that tends to be faster than other forms of trance or techno music. Psychedelic trance uses prominent bass beats that pound constantly throughout the song, and overlays the bass with varying rhythms drawn from funk music, techno, EBM, Middle Eastern music, and trance using drums and other synthesized instruments.

The different leads, rhythms and beats generally change every 32 beats. Layering is used to great effect in psychedelic trance, with new musical ideas being added at regular intervals, often every 4 to 8 bars.

New layers will continue to be added until a climax is reached, and then the song will break down and start a new rhythmic pattern over the constant bass line. Psychedelic trance tracks tend to be 6–10 minutes long. 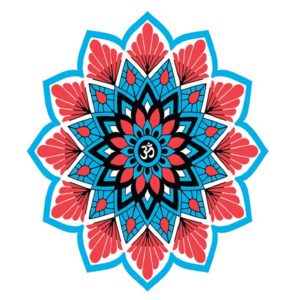 Psychedelic trance also makes heavy use of the cutoff frequency control of the modulating filter on the synthesizer. Reverb is also used heavily, with large, open sounding reverb present on most of the lead synthesizers in the track.

In 1996, the music had changed so much from its Goa beginnings that the term Goa trance no longer seemed suitable, and the new term of psychedelic trance, or psytrance for short, was coined to refer to this new style of music.

The multi-layered melodies of Goa trance were stripped away, and a darker and more repetitive form of music concentrating on rhythm and groove appeared.
In 2002, melodies became popular again, heralding the beginning of full-on psytrance.

Currently, there are many sub-genres within the psytrance scene, including ambient Psy (Psybient), minimal/progressive Psy, morning Psy, full-on Psy, and dark Psy.

There has recently been a movement attempting to ‘return to the source’ and bring back the original Goa trance sound. Examples include Metapsychic Records (2006 – December 2007) and Suntrip Records.

These labels are dedicated to reviving the roots of the scene and promoting artists trying to recapture the original feeling of the music.

The Ultimate Guide To Psytrance Subgenre

From Full On And Progressive To Goa, Twilight And Psy, The Different Styles Of Psychedelic Music Are Aplenty. For A Deeper Dive, Here’s A Handy Guide To The Basics On The Plethora Of Sounds Within The Wide Psytrance Genre.

The Goa Trance movement was born in the mid 1990’s and pre-defines what is known as modern Psytrance today. Goa Trance music was able to assist dancers in experiencing a collective state of bodily transcendence, similar to that of ancient shamanic dancing rituals, through hypnotic, pulsing melodies and rhythms. As such, it has an energetic beat, often in a standard 4/4 dance rhythm.

A resurgence of New School Goa has taken place since 2003.

This subgenre organically fits between Progressive Psy and the classic Psychedelic Trance in the BPM range, combining the best elements of these two. It is arguably the most common Psytrance subgenre now that sounds on the festivals all over the world, and in fact, if you hear the word “Psytrance”, it’s most likely referred to this particular subgenre.

Psychedelic is probably the most iconic subgenre of Psytrance music, with driving basslines and futuristic sounds often created using FM synthesis. The style was pioneered in the UK largely driven by London-based labels like Alchemy, Flying Rhino and TIP Records.

Emerging in the mid ’00s in Europe, Progressive Psytrance has quickly expanded to become one of the most common Psytrance subgenres. And it’s very diverse too, featuring a quite wide range of vibes.

Progressive Psy doesn’t utilise one particular type of sound, but rather focuses on the groove, the flow, and how it progresses over time.

The Offbeat Psy uses a specific bassline pattern at which a single bass note hits between four-on-the-floor kick drums, hence the name. It is originated from Hamburg, Germany, in the late 00’s.

Tracks in this subgenre often include sampled speech samples processed with the gate or sidechain effects.

The Morning Full-On genre has its roots in Israel and is a dynamic, playful, and musical subgenre of Psytrance that appeals to a broader audience because of its positive vibe. Unlike a typical straight Psytrance bassline pattern, the Full-on bassline plays on various notes across a few octaves, creating a special rhythm and melody that way.

The period of 2004–2009 is considered as the “golden age” of Full-on before Progressive Psy took over the global Psy scene.

Twilight Psytrance was pioneered in South African in the mid 2000’s and the can be described for the middle hours between night and day, somewhat melodic but still edgy, often groovier and deeper than the more “mainstream” full-on vibe.

Dark Psytrance name speaks for itself. This subgenre is dark, cold, and themed with a horror special effects. Sometimes it’s called Cyberdelic, which stands for “cybernetic + psychedelic”, due to a massive amount of artificial sounds, lasers, and other alien sounds. Many Dark Psy producers are hailing from Russia, so you might see this genre referred as a Russian style.

Forest Psytrance is very similar to Dark Psy in many ways, but it’s less robotic-themed and focuses more on the ambient noises, nature atmosphere. Forest is darker, more psychedelic but with a funky low end bassline and strange trippy effects in the upper register

Psybreaks or Psychedelic Breaks is a relatively new subgenre that emerged in the late 2000s and is a combination of psychedelic trance and breaks/drum & bass elements. It lacks a kicks and simple 4/4 rhythm in favour of irregular breaks.

The “Suomi-saundi” is derived from the native name for Finland, the original birthplace of this particular fat, funky, experimental, and freestyle form of psychedelic trance.

Suomisaundi tracks are usually very melodic, including heavy influences from early Goa, tribal beats, and Acid Trance tracks, as well as funky guitar and keyboard loops and sounds from or reminiscent of 80’s.

Psybient is a much slower downtempo genre that often seeks to reach a state of deep relaxation, close to meditation and lucid dreaming. It utilities various elements of Goa Trance and Psychedelic music in general, and typically has a classic Goa kick drum, 303’s sounds, and lush atmospheric pads.

Psychedelic Techno is one way to (loosely) label a specific spectrum of electronic dance music. It is characterized by its focus on minimalism, aiming to induce a trance in the listener through shifting, percussive rhythms, and deep, rolling basses.

Psytech is stripped down psytrance where the sounds are much more non-melodic. Another feature is the greater Constance of rhythm that is shared with techno.

Psydub ( or sometimes inaccurately Ambient Dub ) is a fusion genre of  Electronic music that has its roots in Psychedelic trance,  Ambient and Dub music. Incorporated dub elements are melodic basslines, deep reggae roots and producing techniques like dynamically adding extensive echo, reverb, panoramic delay, and occasional dubbing of vocal or instrumental snippets from the original version or other works